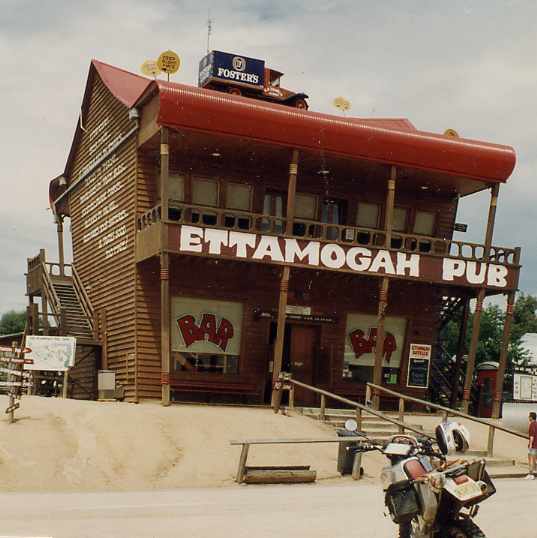 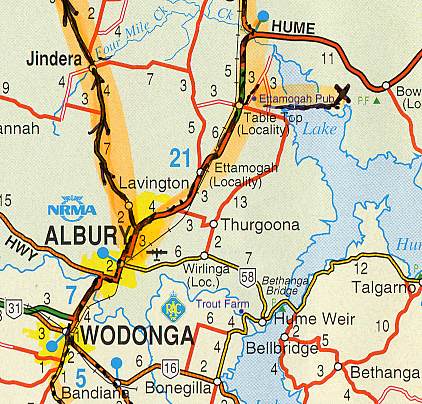 The central attraction of Ettamogah, however, is the Ettamogah Pub. Cartoonist Ken Maynard, who lived in Albury, wrote a comic strip in which he depicted the goings-on at an imaginary hotel called the Ettamogah (suitably it is considered to be an Aboriginal word meaning 'place of good drink'). In 1987 an actual pub was made that was an exact replica of the cartoon pub , complete with seemingly impossible design - outward leaning walls and verandahs, a tree that stands in the middle through two floors, a jalopy on the roof and signs everywhere. It is situated on the Hume Hwy, at the corner of Table Top Rd, 16 km north of Albury (02-6026 2366). Cooper's Ettamogah Winery is 400 m from the pub. A little further south on the highway is the Norske Skog, a newprint mill which offers tours by appointment (02-6058 3111). 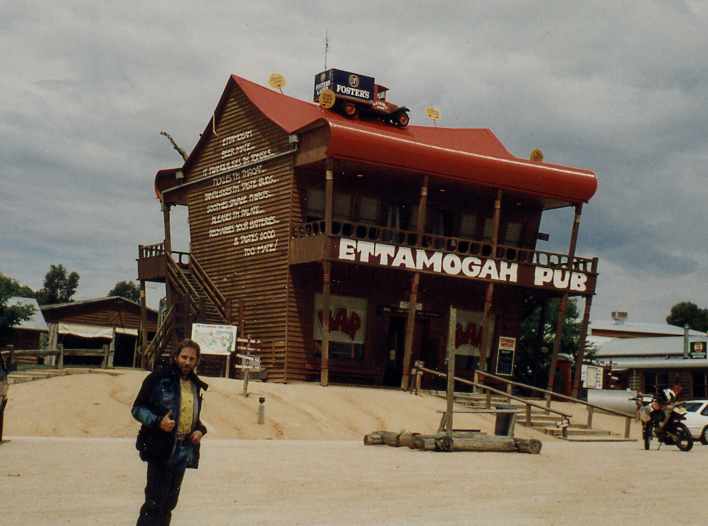